X
This site uses cookies to provide and improve your shopping experience. If you want to benefit from this improved service, please opt-in.
For more information, please see our Cookies Page.
More Info
Accept Cookies
Free UK Delivery On All Orders Over £75 - Click For More Information
colincampbellco | newsUncategorizedPearl, the birthstone for June
Menu
Uncategorized

Pearl, the birthstone for June

This enchanting birthstone originates from oceans, lakes and rivers around the world. It is a timeless wardrobe staple, beloved by women of all ages. The origin of pearls fascinated our forebears: ancients from the Middle East believed that pearls were teardrops fallen from heaven, the Chinese believed that the June birthstone came from the brain of a dragon. Christopher Columbus and his contemporaries thought that molluscs formed pearls from dew drops.

Pearls are organic gems that grow inside the tissue of a living saltwater or freshwater mollusc (either an oyster or a mussel). Natural pearls form when the mollusc secretes a substance called nacre around an irritant such as a piece of sand or a parasite that has invaded its shell. Cultured pearls are a product of human intervention where technicians implant a piece of mantle tissue alone (common for freshwater cultured pearls) or with a mother-of-pearl shell bead (all saltwater) into a host mollusc. The mollusc covers the irritant with nacre, just like a natural pearl. Cultured pearls are raised in pearl farms – saltwater or freshwater operations where the molluscs are cleaned, protected from predators and eventually harvested. Thousands of years of pearl fishing have decimated the natural pearl beds, so cultured pearls account for the vast majority of pearl sales today. These cultured pearl birthstones come in a dazzling array of sizes, colours and shapes.

Pearls have long been associated with purity, humility and innocence. So it may be said that the meaning of the June birthstone is “sweet simplicity”. As such, pearls were traditionally given as a wedding gift.

Pearls were also thought to have beneficial properties. In the ancient Sanskrit text the Atharvaveda, pearls were said to bestow long life and prosperity. In Asia, pearls were believed to help alleviate indigestion whilst some 19th century Arab physicians maintained that pearl powder improved eyesight, quieted nervous tremors and eased depression.

WHERE ARE PEARLS FOUND?

Scottish freshwater pearls are amongst the finest in the world, valued for their beauty and rarity and with a quality, colour and lustre that equals and often surpasses that of fine oriental pearls.

The pearls are characterised by a variety of natural colours and distinctive shapes which make every stone unique and highly sought after. So desirable that the Roman historian Suetonius referred to Julius Caesar’s preference for British pearls as one of his ‘”main reasons for invading the country“, sadly the rare pearl breeding mussel appears to be be dying out in Scotland. It is estimated that between 70%-99% of the areas where these mussel colonies have previously thrived for centuries, such as the rivers in the Highlands and on Tayside, are now extinct or about to die out. In 1998 Scottish Natural Heritage made it illegal to gather and pollute within these colonies with fines of up to £5000 for each damaged mussel further enhancing the desirability of these beautiful gems which are usually organic in shape and pale grey / white / pink in hue.

Pearls are 2.5 to 3.0 on the Mohs Scale of hardness, so they are a comparatively soft gem and require special care. Store them separately from other gemstones and metal jewellery to prevent scratching. Never store your pearl birthstones in a plastic bag — plastic can emit a chemical that will damage their surface. Always apply perfume, hair products and cosmetics before putting on your pearl jewellery. The best way to clean your June birthstone: Use a soft, damp cloth, ideally after each time the pearls are worn.

Have we whetted your appetite? We have some beautiful pieces currently in stock, both freshwater and cultured freshwater pearls. As always, if you are looking for a particular style of jewellery which we don’t currently have in stock, or are looking to match an existing pearl piece, please ask and we will be happy to source or make it for you. 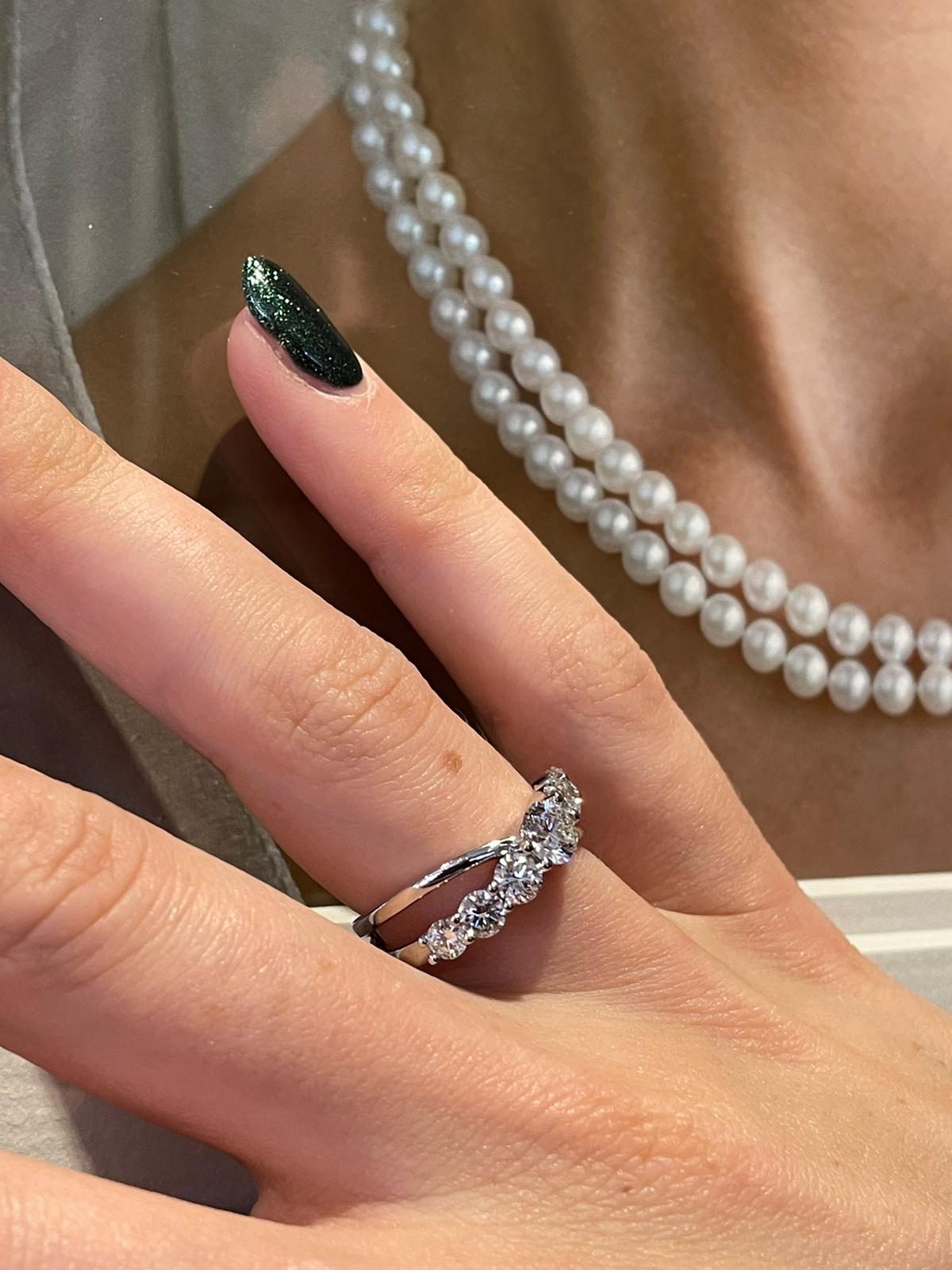